Rosh HaShanah and the History of Kugel with Recipe 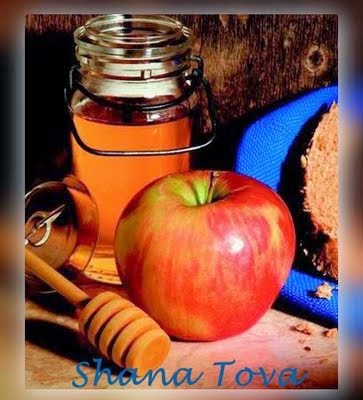 Wasn't it Bob Dylan (a Jewish man, btw) who said, "The times, they are a'changin'" ? Of course, it was. And, of course, we know time changes most things. Yet, God never changes. There is no shadow of turning with Him. This is what I so love about our Heavenly Father. We can count on Him. In fact, we can count on Him for time and eternity.

And so it is with the biblical Feasts. Wednesday evening, September 24th begins the celebration of the biblical Feast of Rosh HaShanah (Leviticus 23:24.) The Hebrew word for" feast" is mo'ed, or 'appointed times.' God wants us to meet with Him on His feast days - His 'appointed times.' Recently, a woman came up to me at a luncheon where I was the keynote speaker. She said, "Well, I can meet with God anytime I want." To which I replied, "Yes, but the biblical feast days are times and seasons God wants to meet with you. It isn't about what you want, it's about what He wants!"
Imagine that!


What is so special about this particular biblical feast? Rosh
HaShanah marks the beginning of the Fall feasts. It occurs  on the first day of the seventh month on the Hebrew calendar. In Hebrew the number seven implies completion and perfection. According to the biblical season’s calendar, Jesus, Yeshua has already fulfilled the Spring feasts at His first coming. The Bible also teaches we are identified with Him in His death, burial and resurrection. We died with Him in Passover, on the Feast of Unleavened Bread (matzah) we are buried with Him (with His sinless - no yeast, body...pierced. striped and bruised... The Bread of Life, as He is called.) We are identified with Him in His death by means of water baptism. The (Red Sea crossing) was a type/picture of our burial and resurrection in Messiah as we rose with Him in newness of life (born again) during the Feast of First Fruits, then on Shavuot, the giving of the Torah which occurs on the same date as the founding of the true Church in the Book of Acts ( the giving of the Holy Spirit...making us free to love the Lord and keep His commandments as new covenant saints and to keep the 10 commandments, the Law...Torah, which includes observing these feast days from a new covenant perspective.) After a "long summer" (as believers, this is where we currently are according to the biblical timetable) the Fall feast of Rosh HaShanah marks the Lords return (His second coming) with the blowing of the 'shofar' or, ram's horn. This feast is also called Yom Teruah (the day of the blowing of the shofar.) This is when the trumpet will sound and Yeshua, Jesus, comes back for His Bride, the Church, comprised of Jewish and non- Jewish believers in Messiah. Rosh HaShanah is the season when the Jewish people, and indeed, we Gentile believers prepare our hearts to enter into our priestly ministry - repenting of anything that might stand in the way of our relationship to our Father God whom we love. This particular Rosh HaShanah marks the beginning of a season where we, as believers, have an opportunity to lead the way in repenting before the Lord for our sins, and the sins of our nation and to intercede for the nation of Israel.


This morning, while expecting Bruce to come home from a business trip, I was getting organized and tidying up around the house. I was listening to a program on Bott Radio Network. I believe it was Ravi Zacharias. At any rate, as I pulled the trash bag out of the kitchen trash can I noticed there was a leak in the bottom of the bag. Wow, did it stink! As I double bagged the leaky trash bag, I said out loud, to the Lord, " I think this nation is as a stench in your nostrils, Lord. Our prayers are supposed to be as sweet incense, a pleasant aroma filling your senses." For an instant, I was aware of the foul odor coming from the " top of the bag" having filtered its way down to the bottom of the bag. As the saying goes, 'the 'body' is only as healthy as its head.'


During this season of Rosh HaShanah, I intend to be a clean vessel through which the Lord can allow His pure water to flow to a 'dry and thirsty land where there is no water.' By repenting of anything that might stand in the way of my relationship with God the Father, my prayers of repentance for our nation are a means of honoring Him and...preparing me for the next biblical feast.


We love to celebrate these fall feasts as a way of rehearsing what is to come, (holy convocation means; rehearsal) (feast means: appointed time) knowing that when the Lord makes an appointment and rehearsal with His children (which is, in itself, an amazing phenomenon), we can meet Him there. Wow!


The Jewish symbolism for this season is, according to the Hebrew calendar (Lunar), the feast of Rosh HaShanah is called the " Head of the Year." It is in this spirit that the celebratory foods with something "sweet," signifying hope for a "sweet New Year." No Rosh HaShanah celebration is complete without apples and honey. While you're contemplating that choice morsel, here's my nourishing nugget of the physical kind.
Kugel
'Kugel' the German word for "ball" got its start among the early Rhinland Jews as a dumpling-like pudding of flour or bread placed on top their Sabbath stew 'chlolent' to slowly bake and simmer overnight. Over time, the puddings were given their own small pot. Eventually, the term 'kugel' refers to any baked pudding in Jewish cuisine. There are dessert kugels, main dish, breakfast and side dish kugel. Enjoy my recipe this breakfast, or side dish
Rosh HaShanah Kugel
1 cup sugar
2 apples, peeled and chopped
1 large can crushed pineapple, drained
1 cup golden raisins
1/2 cup almonds, finely chopped
1 teaspon cinnamon
1 pound egg noodles (medium wide)
1 stick butter (or Earth Balance)
1 egg beaten, slightly
Honey to drizzle
1 teaspoon vanilla
﻿
Preheat oven to 350 degrees. In large bowl, combine sugar, chopped apples, drained pineapple, almonds, cinnamon and vanilla. COok and drain the noodles. Add butter while they are still hot. Mix with the egg, and the sugar and apple mixture. Pour into a well-greased 9x13 inch pan, dot with butter, and bake for one hour. Now comes the hard part. You can't eat it just yet! You must give it a day to "relax," or it will completely fall apart. Refrigerate the kugel. You can serve this kugel warm or cold. Don't forget to drizzle it with honey.﻿
﻿
B'tayavon!
(good appetite, in Hebrew)
﻿